I have a three year old Koala Bear named GumNut, that I'm desperately trying to find a new home for. I bought him back in January figuring it would be an awesome pet that would enjoy living in my greenhouse, sadly I was wrong. I paid $3200 for him back in January and I'am not sure what the used Koala Bear market is like in a good economy or the one we have now; so I'am open to offers. Please use some common sense before contacting me, don't be an idiot, I'am not interested in trading my Koala Bear for your busted up 1980's Camero, pictures of your naked wife, or an offer to paint my garage door.

*He is somewhat housebroken, uses a cat box most of the time.
*For the most part he is very quite; this also falls into the bad category which we will touch on in a moment.
*He eats spiders, (not kidding) we haven't had a spider in our house since we got him.
*Hates watching Desperate Housewives, used to be my wifes favorite show until GumNut bit her for changing the channel from Jeopardy, to Desperate Housewives.
*Gets along well with one of my two dogs.
*Loves to go for car rides.

Now for the Bad:

*He eats a lot of eucalyptus, which is not as cheap as I expected.
*Apparently eucalyptus is like a drug for Koala Bears, when GumNut is coming down from his high he becomes very violent and aggressive.
*He raped and killed my wife's cat "Miss. Kitty'" (Honestly, I wanted to put this in the good section because I've been trying to find a way to get that worthless cat out of our house for two years, thanks GumNut.)
*He does not like Asian's, I have no idea where this Koala was raised but someone of Asian Decent must have really mistreated him.
*Loves Vin Diesel movies, not sure why, he just does.
*Has extremely sharp claws and teeth which he uses often.
*Loves shiny objects, steals and hides them frequently in my dog's ass.
*He is quite, and as a result has snuck in on my wife and I during intimate moments. I mind him watching; maybe it won't bother you as much.
* GumNut smells terrible and is not easy to wash. I had to hold a gas soaked rag over his mouth till he blacked out to get him in this tub for a bath.


*Once he is in the water he is fine, getting him into the water is a challenge, he will scratch you, he will bite you, and you will bleed. PostingID: 1398158266
If this is real, my faith in humanity is restored.
Posted by Alice Hu at 8:43 PM 1 comment:

Now begins my posts on my beloved, soon-to-be Alma Mater. Now that I'm a senior at Columbia, I've gone through all phases of jaded Columbia Student and want to offer wisdom and anecdotes until I'm an alum and no longer relevant.

The 2013s galavanting on campus with none of the big folks around brings back so many old memories... It was like yesterday that just because I lived in Furnald people wouldn't talk to me, and that there was actually rivalry between two floors of Carman (9?)

But seriously, people will find it very difficult to accept you if you live in Furnald. In John Jay, you get the true nerds mixing in with the occasional really hot, probably rich and possibly European kids walking half nekkid to the men's bathroom and equally as occasional slut who brings back a different douchebag every night of orientation. There's plenty of camraderie and always an awkward conversation going on in the doorway.

Possibly one of the shittiest experiences I've had at Columbia involved me as a freshman venturing into Carman or John Jay parties and being given the stink eye for not living in either building. The only friendly encounter I had was with one drunk specimen, shirtless and strumming guitar in the hallway in Carman. That guy was definitely dtf, f standing for fornicate. Not that I had that kind of encounter my freshman year.

How can one forget the tamagotchi? Japanese faux animals were really à la mode in this era, and each trend had a wonderfully synergistic effect on the next (Don't get me started on pokémon)

I forgot how demonic the little hatchling tamagotchi was - I mean doesn't that black face scream baby lord voldy in Harry's kings cross station limbo heaven meta Dumbledore? I mean.. what?! I have no knowledge whatsoever of my livelihood growing up that reprehensible children's fantasy novel series.

Back to tamagotchi. I was the king. .. Of compulsively pressing buttons.. But seriously folks, I'm going to base all of my mothering skills on this little widget - I didn't get the special alien stage for nothing. How my children will enjoy producing hersey kisses instead of normal shit like other kids, I'm not sure.
Posted by Alice Hu at 7:30 PM 1 comment:

On this day today, I wasted 1 whole hour looking at cute boys

You are awesome. Please remix my songs when they are recorded. Pink Enemy's remix of N.A.S.A.'s "Watcha Doin" is going to be my favorite dance song for a very long time. 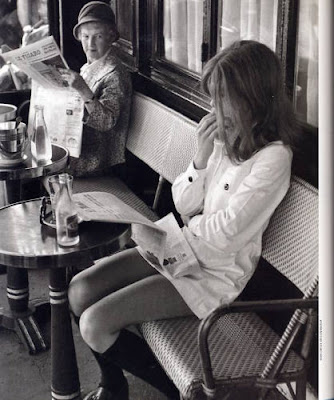 I really think its their secret. But you can't go the carcinogenic route without a good glass of red antioxidants a day.
Posted by Alice Hu at 9:14 AM 1 comment: 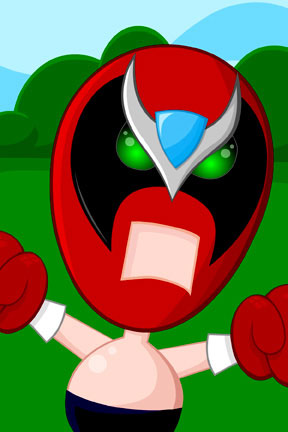 I was recently reminded of Homestarrunner (phonetically that's "homestawunnow") during a conversation about what was cool in middle school. Basically Homestarrunner was that funny as shit but under the radar website whose existence you didn't really acknowledge except amongst those who were awesome enough to know all the parts to Strong Bad's techno paradigm. I even wrote Strong Bad a couple e-mails. I suppose my feigned stupidity that he loves to mock was too contrived.

I have yet to encounter the same level of genius as is found in the Teen Girl Squad sketches. Mostly terribly morbid, partly witty reference and mostly rad. I remember boys in particular had a hard time admitting they liked homestarrunner - it was mostly the semi-androgynous Daria types like myself that often acted like dudes to combat the onset of boobs and underarm hair.